USWNT's fight for equal pay took it's next big step 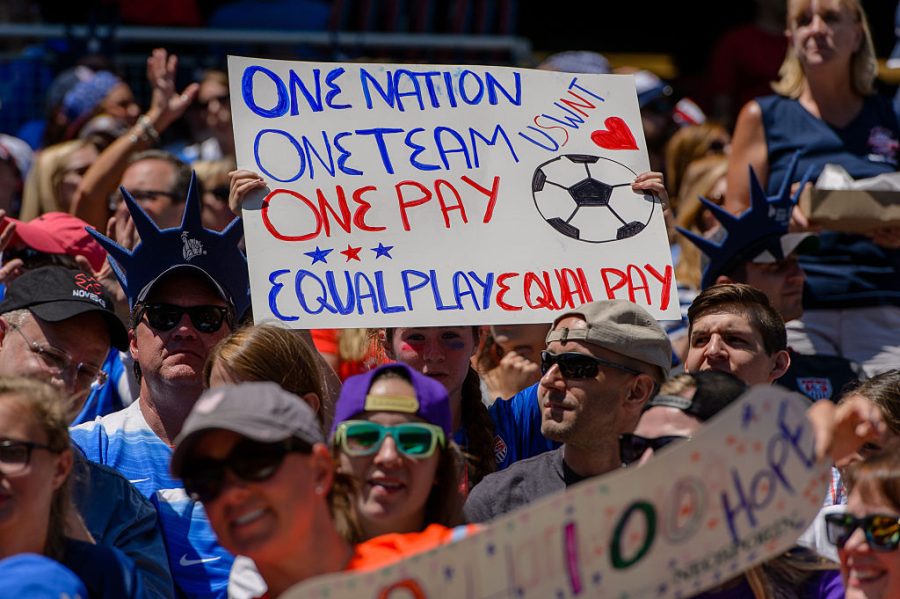 The players of the US Women’s National Team (USWNT) are some of the world’s greatest soccer players. When it comes to the playing field, they are equal in every way to their male counterparts, the US Men’s National Team (USMNT). But when it comes to pay, the gap has only been growing. A recent preliminary settlement for $24 million dollars has taken them a step closer to achieving this long-sought-after goal.

Scheduled to get approved in December, the $24 million will pay back the players, as well as fund post-career goals. The agreement will also equal pay for all competitions, such as the FIFA World Cup, and the CONCACAF. This settlement will also mean that the women’s and men’s teams will pool the money earned, and then split it between teams, making U.S. soccer the first federation in the world to equalize world cup prize money.

Abby Wambach, a former USWNT soccer player, has been in the thick of the fight since it started. In 2015, after USWNT won the World Cup. She had won 2 gold medals and had scored 184 goals- more than anyone else, male or female.

In 2016, Wambach said, “And so now what I want to do with my next steps going forward is to bring light and a voice to maybe some of those women who are in it. This inequality that’s being bestowed on us, it’s not OK.”